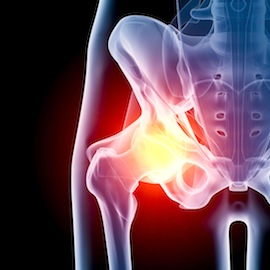 Many individuals who had hip replacement surgery have recently received letters from their orthopedic surgeons, advising them of the potential problems associated with the DePuy hip replacement systems that were used in their surgeries. These letters advise the patient to schedule an appointment for further evaluation, which we encourage you to do. However, these letters are often accompanied by a medical authorization or medical release form, which allows DePuy to obtain your medical records and keep any removed hip implant in order to perform “testing” on the removed device. Patients should be wary of these forms, and not jeopardize current and future legal rights by signing any such documents for DePuy without first obtaining legal advice. The removed hip replacement implant could be a valuable piece of evidence that is needed to prove a defective product case. You do not have to sign documents for DePuy in order to have a recalled DePuy implant removed or testing done.

The physician letters are also accompanied by a document entitled ASR XL Acetabular System and DePuy ASR Hip Resurfacing System Recall, prepared by DePuy to provide “Information for Patients.” In that document, it states, “DePuy intends to cover reasonable and customary costs of testing and treatment if you need services, including revision surgery, associated with the recall of ASR. Bills for services should first be submitted to your insurance company or Medicare in the usual manner and DePuy will then reimburse you for your out-of-pocket expenses.” Be wary of such statements, as this does not constitute full and fair compensation to which a person fitted with a defective hip replacement device is entitled. Our attorneys, who are experienced in handling cases involving defective medical devices, will seek compensation for your physical pain, suffering and impairment resulting from your having to undergo another hip replacement surgery, plus costs of replacement surgery, rehabilitation, and other financial losses resulting from damage caused by the defective DePuy implant.

Symptoms and Side Effects Linked to DePuy Hip Replacement Systems

Individuals fitted with potentially defective DePuy hip replacement devices may experience any of the following symptoms and side effects:

What You Should Do

In 2013, Johnson & Johnson settled the litigation involving its DePuy ASR metal-on-metal hip replacement product for approximately $2.5 billion dollars. Patients who had their DePuy ASR hip implants surgically removed after the settlement may be able to participate in the settlement, depending upon certain facts and circumstances.

If you or a family member have already had to undergo hip replacement surgery for a defective DePuy hip replacement implant, or you have been told that your DePuy hip implant must be replaced, please contact us online or call us toll free at 1.800.320.2384 to set up a FREE consultation.

Contact Us
Practice Areas
Client Reviews
★★★★★
“Losing my dad was the hardest thing I've ever had to deal with in my life, especially the way I lost him, but I called Adam and Suthers and they made everything I was going through a little easier. I want to thank them from the bottom of my heart.” D.F.
★★★★★
“Top Professionals...highly credentialed legal firm...they will get you the compensation that you need and deserve...” G.M.
★★★★★
“Mr. Suthers was a Southern gentleman of highest quality. He was kind and thoughtful when I needed it most.” Anonymous
View More
Send Us Your Review Review Us Online